A Sneak Preview of the Singapore Night Festival

The Singapore Night Festival is back again! Treat your senses to a nocturnal extravaganza of spectacular aerial performances, music, dance, installation artworks and spectacular interactive light installations on the nights of 23, 24, 30, 31 Aug 2013.

Whether you are more interested in stunning outdoor performances, art and light installations, free admission into the museums, intimate indoor performances or simply spend some out in the night with your families and friends, there will be something for everyone during this year's Singapore Night Festival.

Here is a sneak preview of some of the highlights for this coming weekend (Fri 23 Aug and Sat 24 Aug):

If a whimsical and poetic touch of romance is what you may crave for, be sure to make time to watch two soulful Singaporean jesters Roy Payamal and Ng Xi Jie's performance, Onmoonbeings. The duo will be dressed in plastics. They simply looked like the modern incarnations of Pierrot play.

The storyline is essentially about two jesters descending from a crescent moon and exploring the land. Witness how the jesters create meaning as they explore the wistful dark corners of our soul. I was drawn to the primitive, whimsical yet playful mood of the performance.

For the lovers of live music, this performance is very likely to delight. The performance of Onmoonbeings will be accompanied live by gypsy-swing jazz duo So Ma Fan.


Light projections, shadows play and aerial dancing on bungee cords combined in a mystical way in Compagnie Retouramont's Vertical Extraction. In this performance, acclaimed local artist and film-maker Victric Thng will collaborate and complement Vertical Extraction with a special video that he has produced.

Perhaps choreographed for a crowd that is willing to bring themselves to a meditative and reflective state, Compagnie Retouramont's performance of Pyramid of Void is an aerial dance performance. A pyramid structure made of ropes is suspended in mid-air to outline the contours of an abstract void that is invisible to our eyes. The dancers dance in the air with the ropes as their only form of support.

The set is rather minimalist. Be awed by the physical agility and strength that will be required for the dancers to form a dialogue with the invisible pyramid. Perhaps Pyramid of Void challenges us to slow down and think about what is invisible and yet essential?

Of particular interest to yours truly is Antonin Fourneau's Water Light Graffiti. Based on the idea of illumination, Water Light Graffit enables one to draw or write messages which appear as light against the wall of LEDs. What is the medium that is used to draw the light? It is water! I was simply intrigued by the possibilities that can be created on the wall. Check this out for yourself.

Dramatic and full of amazing feats, be sure to watch Starlight Alchemy who will promise to entertain you with their unique feats using fire and LED lights. According to the festival guide, the final performance of each night will also include a free play and jam session where visitors to the Singapore Night Festival can try their hand at playing with the LED manipulation tools used by the artists. This is surely a great reason to stay up late for the Singapore Night Festival. 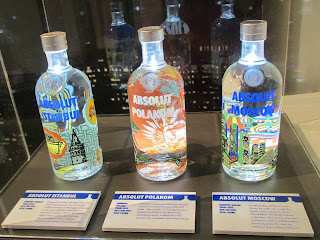 ABSOLUT CANVAS is an exhibition that showcases the ways in which ABSOLUT cultivates creativity and innovation. If you are lucky, you may find yourself acquainted with one of the ABSOLUT bottle collectors to learn about his special journey in collecting the bottles.

Throughout the four nights of the Singapore Night Festival, the exhibition will also play host to a pop-up bar serving both ABSOLUT VODKA and ABSOLUT ELYX. Visitors aged 18 years and above can experience three different cocktails that were created just for ABSOLUT CANVAS. 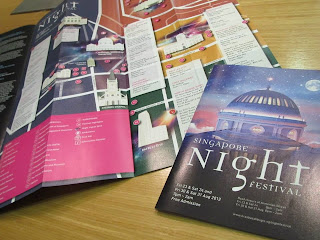 In essence, experience the stretch of the Bras Brasah.Bugis precinct from Plaza Singapura to Raffles City turn into exciting venues featuring art, heritage and cultural events that can be enjoyed with our families and friends this weekend.

My personal recommendations for this weekend's Singapore Night Festival will be:


Acknowledgements: Special thanks to the National Heritage Board for the invitation to the Media Preview of this weekend's Singapore Night Festival. Special thanks to Belinda Tan and Jinha Kim Photography for the permission to use some of their photographs, so beautifully taken. Note: Jinha Kim is the exclusive official photographer of the Singapore Night Festival 2013.