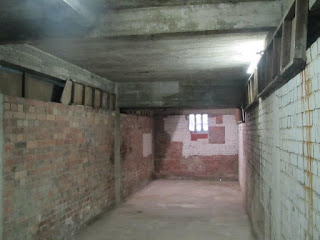 
The pre-war air raid shelter is situated at Blk 78 Moh Guan Terrace. This building was built in 1939 and included a 1500 square-metres bomb shelter. Tracing back to history, it was in 1939 when the British Empire went to war when Great Britain declared war against Nazi Germany. That led to various parts of the British Empire being equipped with facilities such as bomb shelters.

To get to the pre-war air raid shelter at Blk 78 Moh Guan Terrace, one would have to passed by Hua Bee Restaurant. This restaurant which is situated at Blk 78 Moh Guan Terrace, unit #01-19, is well-known for its coffee with butter toast and the Mee Pok. This seems to be a place for the nostalgic folks. Please take note that Hua Bee Restaurant is closed on Sundays and I do keep my fingers crossed that this restaurant continues to serve the community even in this rapidly changing society.

As one enters the the carpark compound, look out for the heritage trail marker of the Air Raid Shelter or the following structure that we see in the photograph below. That will lead visitors into to the pre-war air raid shelter. 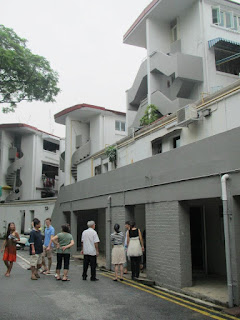 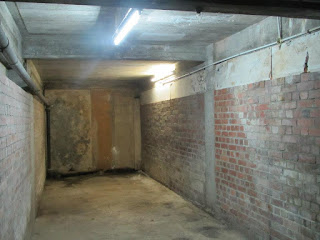 I wondered what would life be if one had to use the shelter for extended periods of time? Thankfully, according to what I have briefly read from the Tiong Bahru Heritage Trail brochure, it was reported by Peter Chan, a descendant of one of the volunteer air raid precaution marshal in Tiong Bahru that there had only been a single dry-run of evacuation to the shelter before the onset of the war. The shelter was actually hardly used during the war period.

Catching the sight of bricks made by Alexandra Brickworks at the shelter added delight to my visit. My goodness, the bricks obviously have been in existence longer than I have been. They have been made to last for a long time.

Although the tour was only close to half-an-hour in duration, it was a worthwhile visit. The visit to the pre-war air raid shelter was not included in the Tiong Bahru Heritage Trail. I felt thankful to my decision to sign up for the air raid shelter tour even though I had no idea what to expect. While there is no air-conditioner and there is a possibility of seeing pests, it was awe-inspiring to experience the significance of this pre-war air raid shelter simply by witnessing its sheer size. 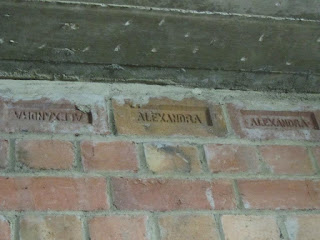 Bi-Monthly Air-Raid Shelter Tour
There will be bi-monthly air-raid shelter tour on the first Saturday of alternate months starting June 2013, starting at 12 p.m. and 2 p.m.. The gathering place would be at Blk 78 Moh Guan Terrace, Hua Bee Coffeeshop.

is it open to the public? like can they visit this place themselves? thanks