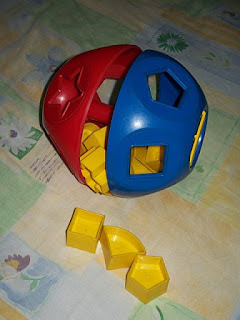 Did anyone who read this post play similar shape-sorter when you were a child?

As I write about a toy that was given to me in the early 1980s, I began to wonder how Ang Mo Kio had looked like in those days. I had not been a child who have actively taken photographs and I don't have readily available photos of Ang Mo Kio in the 1980s to share.

In hope to find photographs of Ang Mo Kio that were taken in the early 1980s, I searched Access to Archives, and selected the following photo: 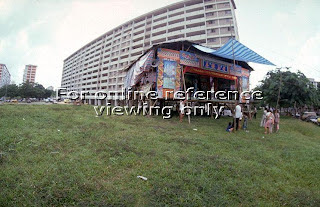 Having realised that I actually do not have much clue how Ang Mo Kio had looked like in the past, I began to appreciate how invaluable an exercise it can be to take photographs of the surrounding neighbourhoods where one grew up in. I am sure having such photographs would lend one insights to how the environment has changed ever since one was born.

If you care to, start taking a few photographs of the places nearby your place of residence and then schedule to look at these photographs a few decades later to see if there would be any difference.

Below is a photograph of a part of Ang Mo Kio taken in the year 2006. Shall we schedule to look at this photo twenty years later? 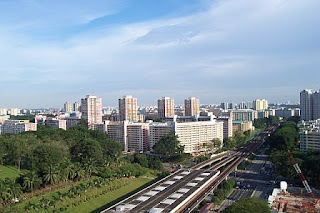 Growing up in Ang Mo Kio: A place to take a ride 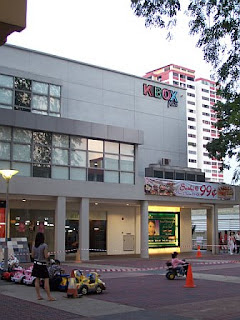 Several weeks ago, I walked past a part of Ang Mo Kio central and saw children taking rides. In the above photograph, the building in the background used to serve as a cinema (Broadway Cinema).

Right below is a photo of Broadway Cinema which I have found from Access to archives that was taken in 1984. 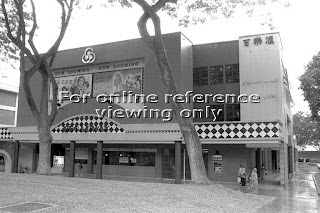 There used to be a park that looks like a mini road-safety park just next to Broadway Cinema. Its approximate location is to the right of the second photo, and exactly where the children were seen riding the motor-carts in the first photo.

I vaguely remember that when I was a child, I would occasionally get a treat to a ride at that park. There was a vendor that would rent out bicycles and carts that look like mini-cars to children. There was a zebra crossing at that park and children who were riding in the park were expected to observe the road safety rules. At times, the children would compete with each other to see who would be the first to complete one round of the road-circuit. In the middle of the park were seats, usually occupied by parents who wish to supervise their children.

I do not have and could not find any photo of that mini road-safety park. I could only vaguely remember that I have had some fun cycling and taking rides there. The park was nearby the hawker centre, so I would usually ask to buy a drink after taking my rides.

If you have a photograph of the road-circuit of the mini road-safety park that used to be located in front of the previous Broadway Cinema, please share it with me. Thank you. 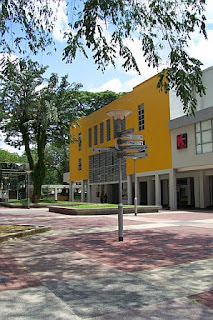