Cheongsam and the changing roles of Singapore women 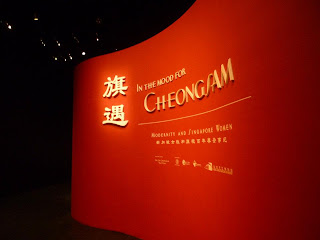 In the Mood for Cheongsam: Modernity and Singapore Women is one of the latest exhibitions at the National Museum of Singapore. Through the display of various cheongsam, visitors can learn about the changing social roles of Singapore women from the turn of the 20th century to present day. 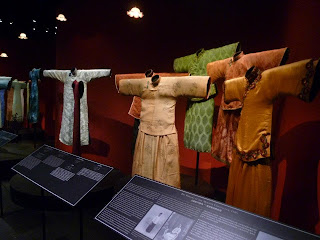 From this exhibition, I learnt that the origins of modern cheongsam can be traced back to 1920s, China. I have also caught a glimpse of how a cheongsam is being made from one of the video presentations. It was interesting to gain an appreciation of how the design of cheongsam has changed over time.

At this exhibition, I have the privilege to view a number of cheongsam which belonged to the wives of Singapore's political leaders of yesterday, including Mrs Benjamin Sheares, Mrs Wee Kim Wee and the late Mrs Lee Kuan Yew. 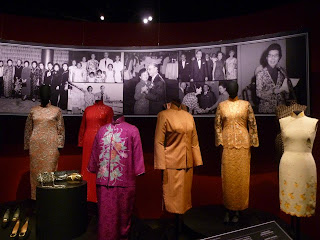 There were a few other cheongsam worn by other famous personalities that were on display at this exhibition. I was rather intrigued by the cheongsam that was worn by Elizabeth Choy, a war-time heroine. She wore that cheongsam to attend Queen Elizabeth II's Coronation.

Cheongsam is not a regular item in my wardrobe. Yet, I have to confess that this exhibition has nudged me to wonder if the design of the school uniform that I have worn as a Secondary School student could have been inspired by the cheongsam. 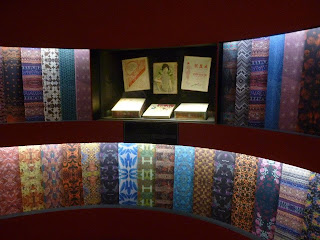 For visitors who would like some fun and tactile engagement, there is an interactive space just outside the exhibition gallery of this exhibition. Visitors can create their own fabric patterns and also be introduced to various fabrics used in making cheongsam. 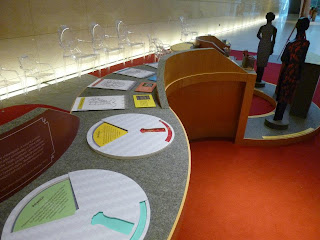 Even though this is a rather modest scale exhibition, it is worth a visit especially if you are visiting the National Museum of Singapore, or have an interest in cheongsam. 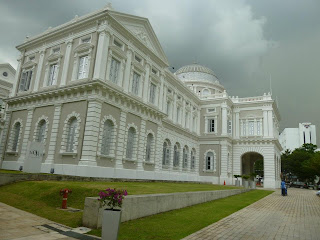