Growing up in Ang Mo Kio: memories of Kachang Puteh Anyway, in the past, there used to be a number of cinemas operating in Ang Mo Kio Central. These cinemas were: Broadway Cinema, Jubilee Cinema, New Town & New Crown Cinema. 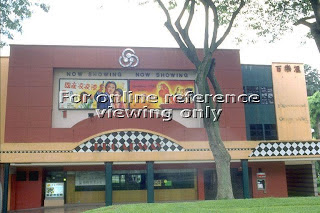 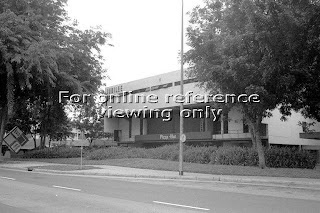 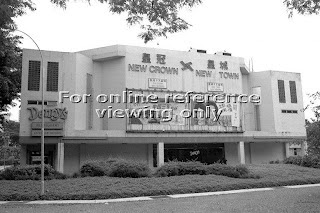 I remember that popcorns were not quite popular in those days when I was much younger. There was a kachang puteh stall at Broadway Cinema about more than a decade ago, and I remember that one of the delights of going to the cinema was to get one serving of kachang puteh from the stall. (Admittedly, I was not so keen in watching movies than the side-perks than came with it.) There was quite a lot of variety of nuts to choose from, and just deciding which variety of nuts to choose for the day was part of the fun of ordering kachang puteh.

The funnel-like looking paper which was used to hold the kachang puteh could also bring some interesting surprises. Sometimes the paper used were just plain white paper, but at other times, there were comics on it!

In terms of affordability, I could say that the kachang puteh was much cheaper than the popcorns that are sold in cinemas of today.

If my memory does not fail me, about more than a decade ago, nearby the Jubilee Cinema, just outside the former Oriental Emporium, there was also another kachang puteh stall operating from time-to-time.

With kachang puteh stalls that operated within close proximity to the cinemas of Ang Mo Kio Town Centre, as a child, I seem to have associate kachang puteh with cinemas. Do you have similar association like mine?

Growing up in Ang Mo Kio: Jubilee - a place for kindergarten graduation ceremonies


Today, it is common to see cineplexes where several movie-theatres are found within one building. When I was just a young child of about five to six years old, it was common for one large movie-theatre to be located within one single building. One example was the Jubilee Cinema. I still have vague impressions of the large capacity of the theatre of the Jubilee Cinema of the 1980s in my memory.

One question that came to my mind as I was writing this post is: Where do the graduating PCF (PAP Community Foundation) kindergarten students from the kindergartens in Ang Mo Kio of today have their graduation ceremonies?

Please tell me if you should know the answer. 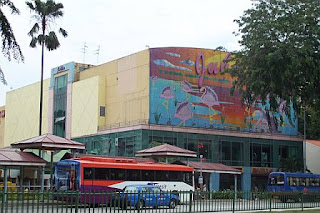 Meantime, for the movie-lovers, you may wish to read From Kachang To Popcorn (Part 1) by laokokok to have an appreciation of cinemas of the past.