Raffles' Letters: Intrigues behind the Founding of Singapore. So intriguing that I would make more visits. 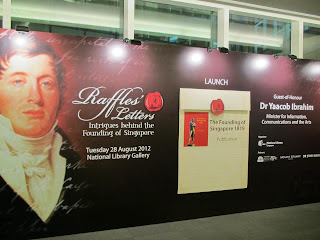 Thanks to the generous invitation of the National Library Board, I had the privilege to be present for the launch of the exhibition, Raffles' Letters: Intrigues behind the Founding of Singapore, on 28 Aug 2012. The Guest-of-Honour for the launch was Dr Yaacob Ibrahim.


The launch
At the launch, I had the pleasure to listen to Dr John Bastin sharing his insights on the exhibition and the letters that Sir Stamford Raffles had written. Dr John Bastin is the leading scholar on Raffles and his circle. He is the author of the book, The Founding of Singapore 1819. He is also the author of a number of books on the history of Indonesia, Malaysia and Singapore. 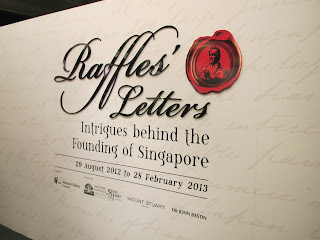 There were many more interesting exhibits at the exhibition. It was clear that I would have to schedule to make a few more visits to this exhibition by 28 Feb 2012 so as to spend sufficient time to look at the numerous exhibits. 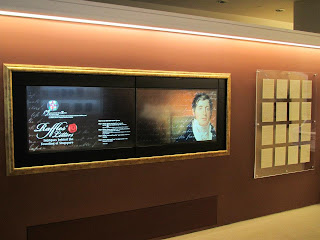 On the same level, near where the lockers are located, visitors can also have fun learning about Singapore through a few of the selected maps of Singapore. The technology of Kinetic was employed to create this interactive activity. 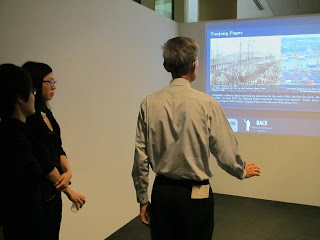 The teasers
For visitors who have limited time to browse this exhibition, it can be helpful to start by browsing the exhibition panels that have been put up on the ground level of the National Library Building. I have found these to be wonderful teasers to Raffles' Letters: Intrigues behind the Founding of Singapore. 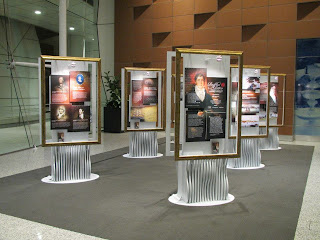 Due to copyrights, photography is not allowed at this exhibition.

Nevertheless, this exhibition is likely to fascinate anyone who is interested in the history behind the founding of Singapore. Anyone who would like to learn more about Singapore's history beyond what the history textbooks could discuss will also find this exhibition to be interesting. Please make your way to the National Library soon!

***
Also read:
Letters from Raffles by Huang Lijie, ST Classifieds.
See historic letters by Raffles at the library by Michael Allen, Asia One.
Raffles' Letters Exhibition: Intrigues behind the founding of Singapore by Yahoo! photo.


This is a piece of news for anyone who is interested in a motoring heritage exhibition this weekend. On 8 and 9 Sep 2012, from 10 a.m. - 6 p.m., find your way to the Tanjong Pagar Railway Station. Admission is free.

For more information, please visit this recent blog that I have written:
Heritage Connects at Tanjong Pagar Railway Station