In praise of the Chinese

This must have been a long overdued post. I visited the Hua Song Museum about a month ago. Located very nearby the Haw Par Villa, its name Hua Song means "in praise of the Chinese (Community)".

In a nut shell, I read that " Hua Song is a one-stop centre for visitors to learn (about) the stories of Chinese living around the world." (Source: http://www.huasong.org/about_huasong.htm)

When I first entered the Hua Song Museum, I felt I had entered the wrong place. Instead of being greeted with what I expected to be a museum set-up, I was faced with a Chinese restaurant set-up. I realised that the museum is combined with a in-house restaurant, Made in China, that serves Chinese cuisine. So if one is keen on fine dining before or after visiting the museum, one can conveniently enjoy fine Chinese cuisine within the compounds of the museum.

I made my way to a counter in the restaurant and made purchase for the admission ticket. Then, I was ready to tour the museum. 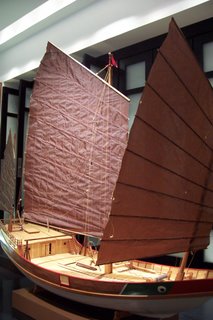 The Chinese junk. Somehow, it seems that the Chinese junk would often be featured if we were to speak of Chinese migrants and how they had travelled to various parts of the world in the much earlier days?

I remembered that one of the first exhibition rooms is that of The Long Road. It describes about the origins of the Chinese migrants. That long walkway that one has to walk through to the next exhibition room seems to give me a sense of the uncertainties that migrants might have felt when they left their homeland in search for opportunities overseas.

At the next exhibition gallery, Floating Hell, there is this model that you will see below. It depicts the harsh conditions that some of the Chinese migrants had to endure when they sail to the new lands. 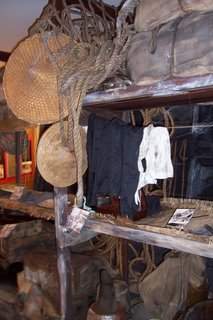 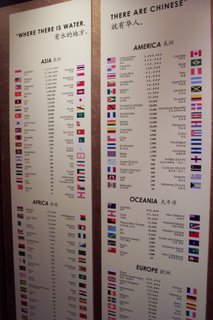 I particularly like the exhibition gallery titled The Survivors. In my own understanding, this section touches on how the early Chinese immigrants had to bend and blend in to survive. If there is anything I could learn from the stories of these Chinese immigrants, it is that of resilience and adaptability. 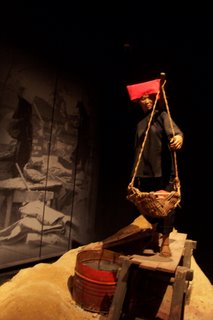 The Samsui Woman. I quite like this one, it seems to tell that women can be independent and be equally good performers as men. 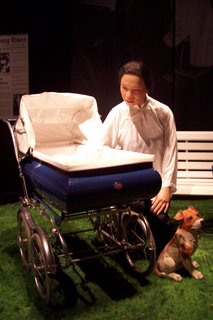 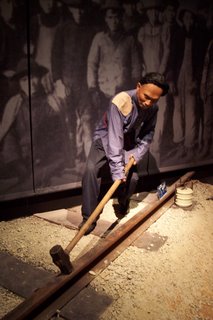 The Railway Worker. I remember reading that many Chinese workers were employed in the building of America's railroads.

There are more to discover about in The Survivors gallery, so I shall not reveal too much. Check out for yourself.

The next gallery is the En En's Kitchen. Here, one finds a replica of a typical traditional Chinese kitchen. When I was there, there was a family of four (with two young children), and I could see that the children enjoying themselves. There were spices put on display meant for visitors to touch, and the children of course helped themselves readily. 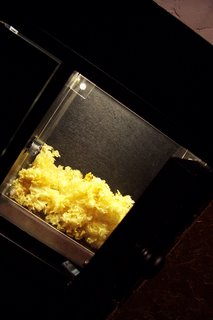 Have a closer look at the White Fungus used in some Chinese cuisine. 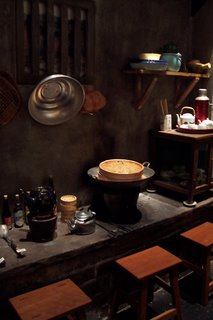 The Grand Food Hall tells interesting facts and stories about Chinese food. Warning: The exhibits may not be real, but they may make one feel hungry. One needn't worry too much, real food can be found nearby, from the in-house restaurant. 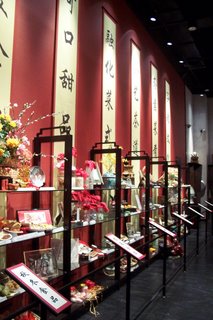 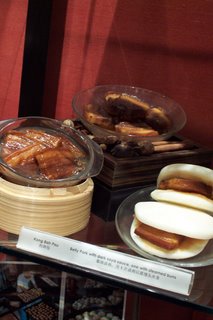 On the right, Belly Pork with steamed buns. 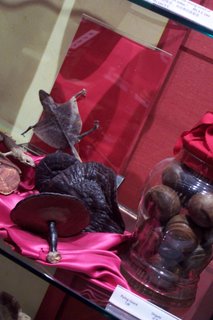 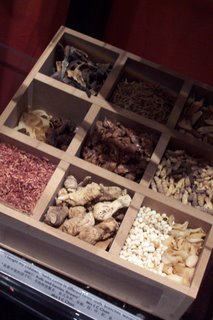 Some herbs used by the Chinese. 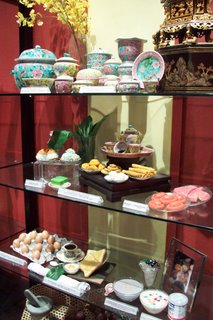 Don't you feel the craving for food by now?

For the visitor's information of Hua Song museum, check out this link.

***
More posts on Hua Song written by other bloggers can be found below:

Hi there!
I read with interest, your reaction to touring the Hua Song museum. I'm currently researching on the samsui women for my phd, and was wondering if I could get in touch with you? Please contact me at low.kelvin@gmail.com
many thanks!