Little India in shades of brown

In response to Jessey's post titled What is your colour of Little India?, I shall add my input.

For some reasons, one of the colours that Little India (Singapore) reminds me of is brown. The shades of brown that can be seen in many of the delicious food that can be found in Little India.

The food should taste better than they look on the photos, shouldn't it? 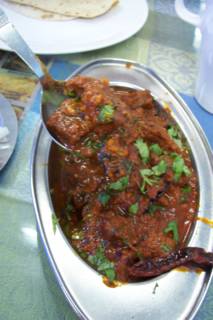 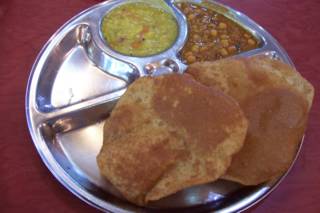 Poori: with dough made from whole-wheat flour, made into balls and deep-fried. 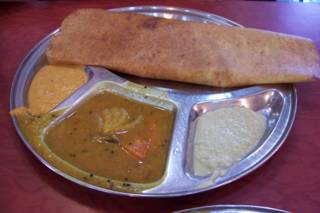 Masala Thosai, with its sauces. 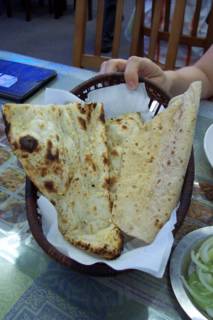 The Garlic Naan on the left, and the Chapati on the right.

Naan, as I got to find out, is dough made from refined flour. The process of making naan goes like this: The dough is slapped at the side of the tandoor, then hooked with an iron skewer and taken out. 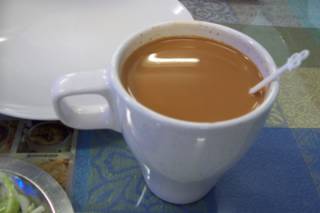 End the meal with a cup of Masala tea.

Masala actually refers to an assortment of herbs and spices. If I could remember correctly, the Masala Tea contains spices such as cloves, cinnamon, fennel and so forth. The aroma of the tea is rather strong.

That is Little India to me, full of nice food that spices up my day.

Now it is my turn to facilitate the continuation of the meme? Alright, what colour is Little India to you?

My color of Little India would be something brighter, like red or yellow. Little India is one vibrant place filled with lots of vivid colors. When I went there some time back it felt like I was in another city or country altogether!

One of these days I shall go there on a "color mission" to get photos of a specific color. Too bad the yesterday.sg color meme never really took off huh?

I love the masala tea. I find the taste rather unique and addictive, although I'd have to say it doesn't appeal to all palates.

cool! our meme has started. am going to link a post on yesterday, ok?

Veron: I shall look forward to your post in response to the colour meme.