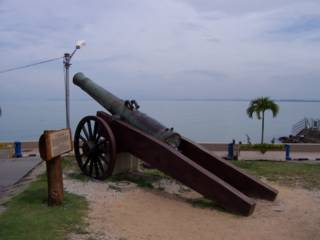 The lengendary Seri Rambai cannon is believed to have special power to grant fertility to barren women who place flowers on its barrel.