Back to the ancient world, Part II 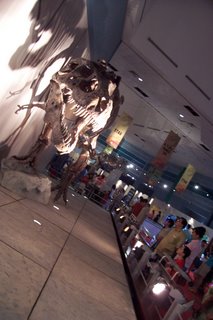 Has anyone reading this post been to the exhibition: Dinosaurs! A T. rex named SUE and Friends already?

It was fairly crowded when I was there on National Day. I expected that it would get more crowded as people rush to catch the exhibition by 20 Aug 2006. I have survived the crowd on National Day, so I reckon that there isn't much harm joining the crowd?

I remember that since I was a child, I have been fascinated with dinosaurs. These animals are extinct and shrouded in mystery. How do they look like? Why do they disappear from this Earth? I suppose that there should be a lot of other curious souls like myself who cannot resist the temptations to find out more about the dinosaurs.

"(Dinosaurs) belong to a group of reptiles called diapsids, which means they had two temporal openings in the back of their skull..."

In my previous post, Back to the ancient world, I have mentioned that I was quite puzzled over what two temporal openings in the back of the dinosaur skull should look like.

To be honest, I did not manage to find out the answer to this question while I was at the exhibition. Somehow, I must have missed the exhibit that would have lend me clues to this question. So I searched using Google for what might lend me some clues, and I found this link. Try looking out for the two temporal openings in the photos below. 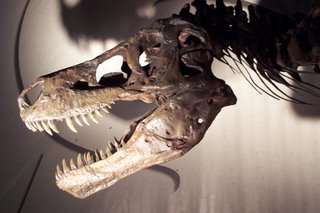 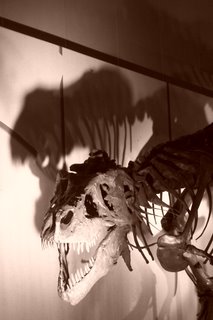 Dinosaurs! A T. rex named SUE and Friends seems to be catered for the young and old. There are exhibits that can keep the energetic young children entertained while educating them about dinosaurs.

If you were at the exhibition, you will notice that there will almost always be a queue at the fossil dig corner. At this section, the children role-play themselves as fossil hunters, trying to discover and uncover fossils of dinosaurs. Don't the children seem to be engaged in the role-play? 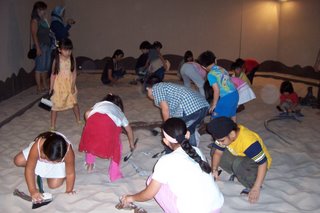 There was also a queue sighted for the exhibit that stimulates the field of vision of the Triceratops. I remember that Triceratops have wide field vision. While the wide field vision can serve a good function, it also has its blind spot. To find out more, check out the DINOSAURS! exhibition of course.

At one particular section of the exhibition, visitors can also learn to pronounce the names of the dinosaurs. There are also quizzes and puzzles to challenge the mind. This section seems quite popular with children too. 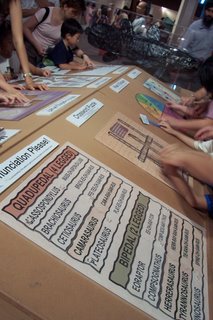 There are also video shows on dinosaurs that can win the attention of almost anyone, young and old. 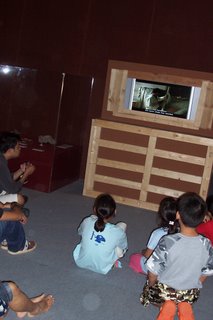 Other than being able to view exhibits on dinosaurs, one can get to view exhibits of living fossils. Did you know that cockroaches have first appeared on Earth about 350 million years ago? Some of the cockroaches that we see today are fairly similar to those that had lived million years ago. Dragonflies have also been around since the very ancient times. I wonder what are their secrets for surviving? 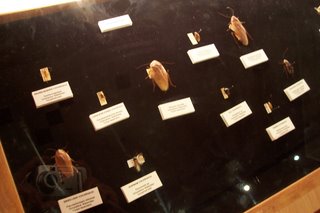 The fibre-glass model of the Indonesian Coelacanth was one of the exhibits that had caught my eye. This model was made from a specimen of the coelacanth. After the exhibition, I was intrigued with this primitive fish that I went to search for more information about it and found this link: http://www.dinofish.com 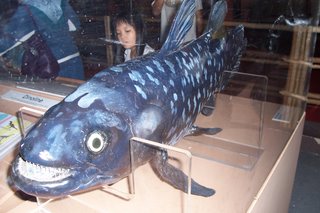 Other species of animals considered as living fossils are the crocodiles and the horseshoe crabs. Another question on my mind is: How did the crocodiles outlive the dinosaurs? 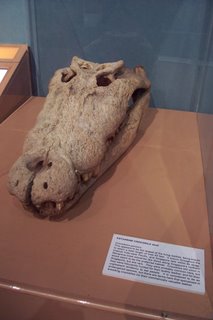 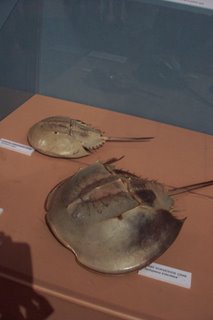 Some animals are however, not able to survive. They have become extinct. Make a guess of the name of the bird below. 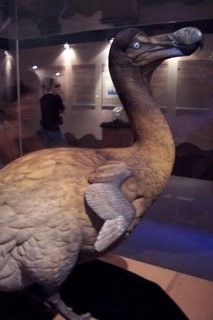 Yes, it is the Dodo. It is now extinct due to overhunting by human, and the destruction of its natural habitats.

These birds are now extinct in Singapore. 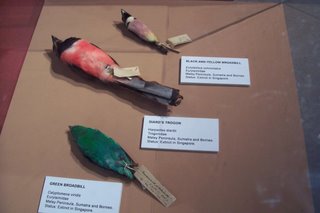 Visitors can also get to see specimens of rare animals. Perhaps the organisers of the exhibition had wanted us to pause and think seriously about conserving our natural heritage? If we do not do anything, these rare animals could soon become extinct. 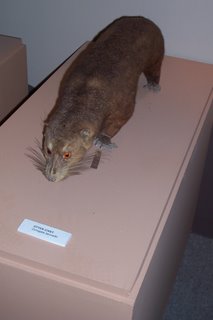 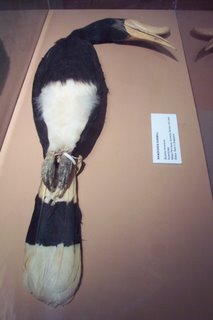 There is a section on Conserving Singapore's Natural Heritage. I suppose the lessons drawn from the past can help us learn the importance of preserving the biodiversity on our island? There will be no use of regretting once an animal whom we know so fondly becomes extinct, not due to the forces of nature, but due to the destructions made by mankind.

At the exit, I saw drawings by children mounted on a wall that has a title that goes: What colour is a T-rex?. It seems like the children will never get to feel bored if they were to come for this exhibition? There seem to be just so many things for them to do and to learn. 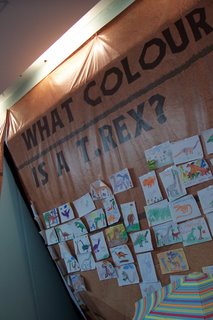 If you are now tempted to catch this exhibition, more information can be found here: http://dinosaurs.com.sg.

By the way, for fellow bloggers, you may like to know that there is a contest at yesterday.sg. Submit an original blog post to yesterday.sg about your experience at the exhibition, and you may stand to win prizes.