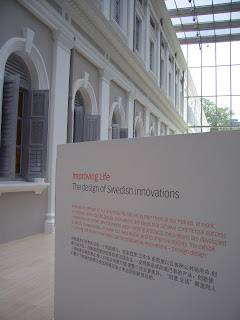 Several weeks ago, I was at the National Museum of Singapore and I caught the exhibition titled: Improving Life - The Design of Swedish Innovations. The exhibition was held from 12 Jan 2007 to 11 Feb 2007, so if you have missed it, here's snippets of it for your pleasant viewing.

One thing that struck me at the exhibition was how simple, yet effective designs could help make life better for us. An innovation doesn't have to be of a grand scale, but it can neverthless contribute significantly in improving people's lives.

Some innovations become such a part of our lives that we may have taken them for granted. One example is the safety match. Professor Gustaf Erik Pasch patented it in 1844. Prior to the invention of the safety match, matches were made with yellow phosphorus and such matches could be lit simply by striking them against any surface. So what did Professor Pasch do to make the design of the match safe?

According to one of the display panels at the exhibition, Professor Pasch not only replaced the yellow phosphorus with red phosphorus, he also divided the chemical components so that the phosphorus was on the side of the match-box. With this design, the matches could only be lit by striking them against the side of the box. That makes the matches safer. I think it was a simple yet ingenious design. 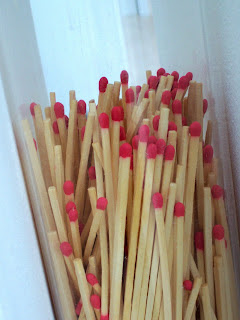 I realised that designers often have a vision in their mind and that vision often drive them to overcome the odds as they present their designs and innovations to the world.

When I was quite a young child, probably no more than seven years old, I remember that I was playing on one of my uncle's Apple computer and there was no colour except black and green on the monitor. But today, we can clearly see colour on our computer monitor.

Who has brought about this change? As best as I understand from the exhibition, Mr Hakan Lans invented and patented a technique is used in today's computer monitor's color graphic. Back in the mid 1970s when colour television became common in most homes, there was no demand for computers with colour screens yet. But Mr Hakan Lans had the foresight to foresee the need for such a technology. Why do I say designers need vision to overcome the odds? Well, I read that back then, most of the major computer companies did not dare to invest in the colour graphics technology because they consider it a luxury. Thank goodness his design went through. I cannot imagine myself using monitor screens that are monochromatic. 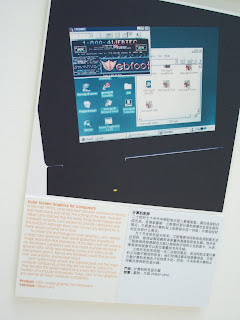 Look at the bottle below. I think it has a very appealing design. I don't drink, but I would feel an urge to take the bottle and have a closer look at it. Do you? And if you read the display panel just below it, you would agree with me that good design can help consumers choose one product over another similar one. 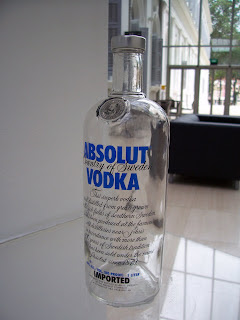 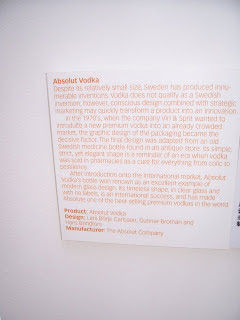 Good designs don't come easy. Some are results of a series of good research and studies. For example, the Baby Bjorn Child's Plate and Spoon designed by Ergonomidesign was developed after a series of studies on the eating habits of children.

Aside from being attractive, the shape of the plate also has a purpose to serve. With such a shape, it is difficult for a child to grab hold of the plate and throw it onto the floor. In addition, the slope of the inner edges öf the plate "allow a child to pick up the food, instead of simply pushing it around in circles" (source: related display panel found at the exhibition). 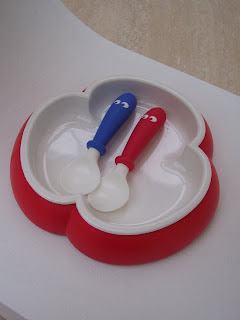 Here's something I did not know until the exhibition. According to one of the displays panel, it is a proven fact that small children riding in rear facing seats are safer than those in forward facing seats. With such designs, the children can enjoy safer rides. 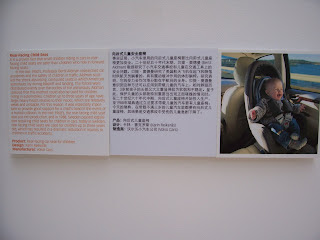 Good design may be things that cannot be touched, but are concepts that can redefine the way we look at things. I found out that the temperature scale, the Celcius scale, was a concept that came from a Swedish astronomer, Anders Celcius.

I could only end this post by thanking the great minds behind these designs. Thanks for improving our lives.

Interesting exhibition. Too bad I am too late to visit myself. Thanks for sharing