Tour of the National Stadium, Part 2

If you look at the photo below, the structure you would see at the People's Association's headquarters used to be the control tower of the then Kallang Airport. 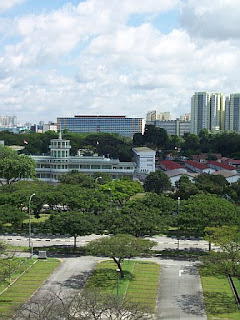 "The then Kallang Airport was officially opened on 12 June 1937", and was Singapore's first civil airport. "The airport was in operation till it was replaced in 1955 by the Paya Lebar Airport". (view source here)

If you would like to find out more about the then Kallang Airport, you could visit: Singapore's First Airport, by TY Kwan
Name that place! 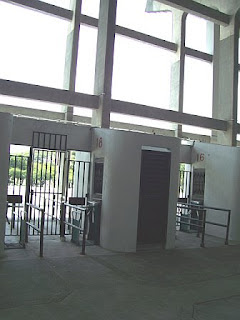 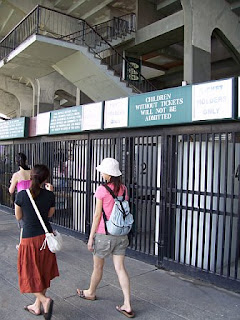 The next stop of the tour was to the cauldron. Acroamatic has taken a nice photo of the inside of the cauldron. While I was at the cauldron, I could not help but feel that I would fall down to ground level anytime. I suppose it would take a lot of guts for torch bearers to even walk up to the cauldron without fearing the heights. 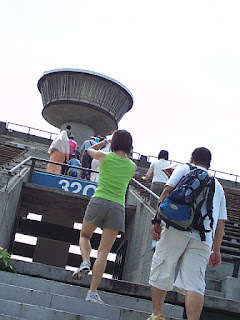 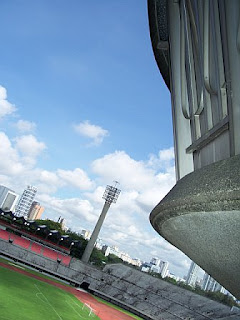 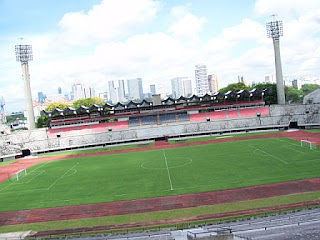 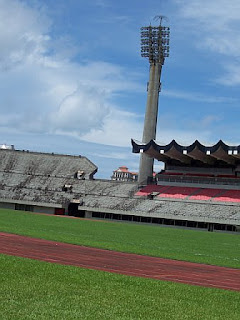 The floodlight tower that you see in this photo is the only tower with a lift. 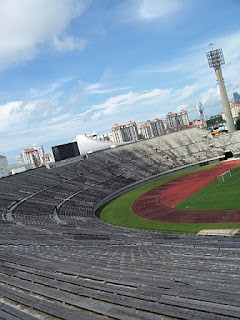 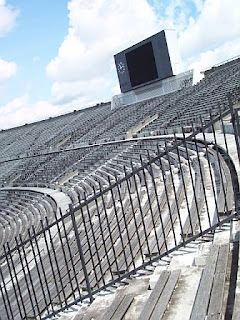 After visiting the cauldron and coming close to the base of one of the floodlight towers, the next stop was the Sports Medicine and Research Centre. As participants of the tour, we got some glimpses of what the centre does. 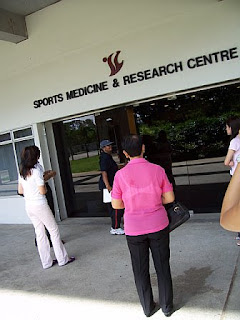 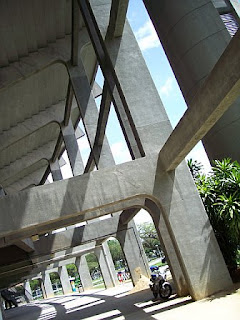 I found out that there is a Biomechanic Laboratory and a Performance Laboratory within the premises of the National Stadium. Here are some snapshots of these laboratories: 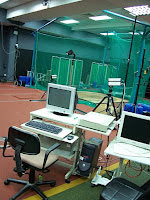 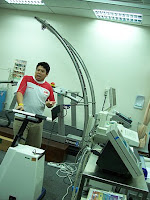 Probably the largest threadmill in Singapore. 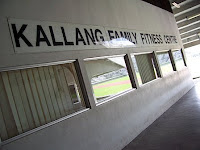 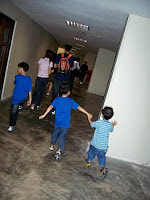 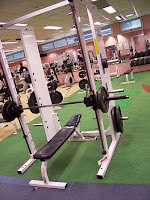 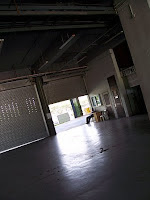 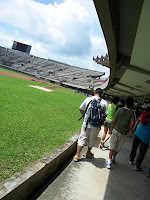 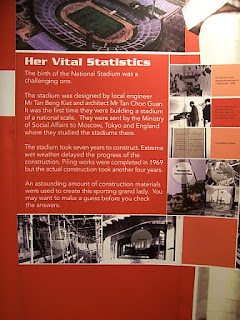 No tour at the stadium would be complete without taking a good look at its tracks and field. 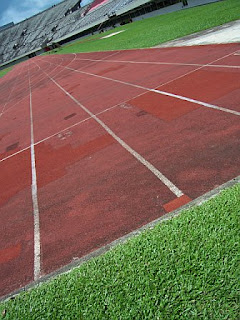 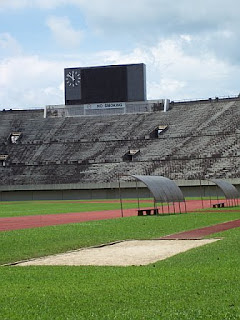 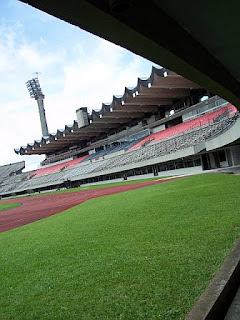 After the tour, my accompanying friend shared with me that she felt the tour did not do much justice to the Sports Museum. She felt that the segment at the Sports Museum was simply too short and there were too many people on the tour. I would think otherwise. For a two-hours tour, furthermore free-of-charge, it was considered a fairly compact tour that gives participants a fairly good overview of the essence of the National Stadium.

I can sense that the frontline staff who have made the tour possible have done it with sincerity and pride. My words of thanks to them.

If you would like to take a two-hours walk about the National Stadium before it is torn down, do check out the Stadium Tour. Here are the details:

For query and tour bookings, please call at Tel: (+65) 63409517 or email at ssc_sports_museum@ssc.gov.sg
For more information, please click here.

I suggest that you could bring along a thirst-quenching beverage and an umbrella, and please dress comfortably if you were to sign up for the Stadium tour.
Posted by oceanskies79 at 5/13/2007 01:56:00 pm

Email ThisBlogThis!Share to TwitterShare to FacebookShare to Pinterest
Labels: Singapore

Did you submit your site at blogsearch.sg?

You can reach blogsearch by just typing blogsearch.sg in your browser window or click here

This is a service by bizleadsnet directory of web logs.

do we need to sign up for the tour or just go on the dates and time indicated?Thanks

Karen: Thanks for visiting this blog.

You will need to register for the tour. For query and tour bookings, please call at Tel: (+65) 63409517 or email at ssc_sports_museum@ssc.gov.sg

I remember using that fitness gym in National Stadium before. The stadium was one landmark of Sg, and soon it will give way to another modernized structure again :(

Just 2 months back, I managed to gain entry into the old Kallang Airport Control Tower. With my guide an x-RAF air controller who worked at Paya Lebar Airport, he explained that the control tower in the 1930s was never air-control. It was a 2-way radio communication with the pilot. There was no way the air controller could see the aeroplane coming in (because no radar in those days). Everything depended on good eye-sight. So there was an air crash in the 1950s, a BOAC airplane coming in to land. The exact spot is the Merdeka Bridge nearer to the former Marine Police post.

I got the photos of the inside of the control tower but not sure how to upload.